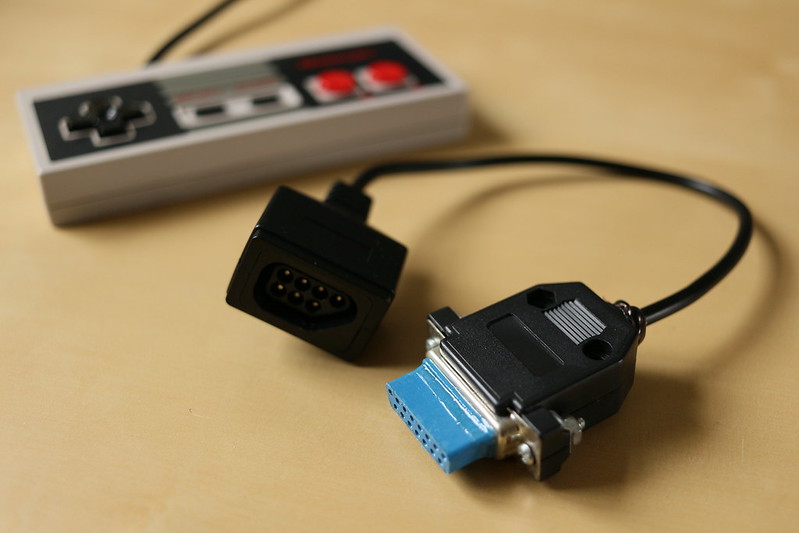 The Famicom has two non-detachable (unless you open it up) controllers attached to it. The length of the cables on each controller is very short. This is because the console was designed to be placed on the floor in front or very near the TV, with the player seated in front of the console. A layout that works much better in a Japanese living room or bedroom that it does in the west. When the console came to the west it was redesigned (made almost twice as large just for show) and came with two detachable cables that were roughly three times longer. This fared better in western room layouts. This short-cable fetish was carried over the SNES but ended with the N64. 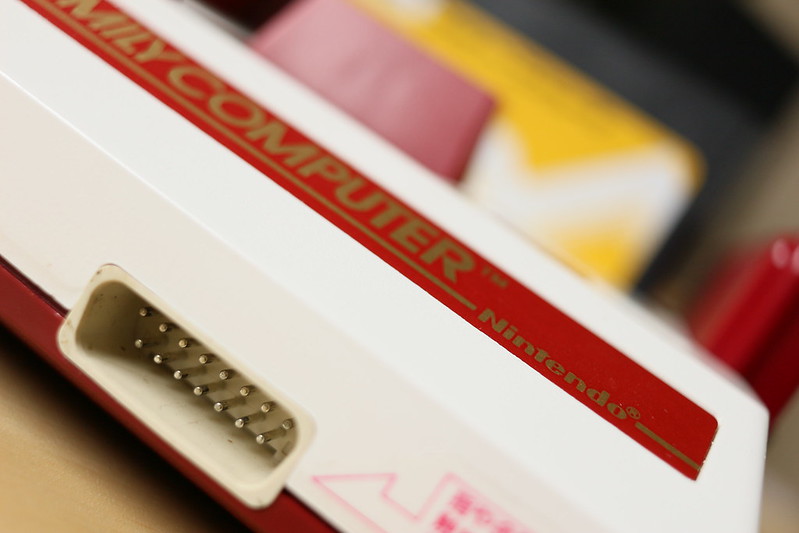 First problem is getting your hands on the parts. Fortunately the female NES controller connecter we need can be had for £2.48 on eBay in the form of a NES cable extender (guess the cable wasn't long enough for some western rooms!). After you've got your hands on the extension cable you can cut discard the male NES controller connector and cut it to a suitable length. Now onto the the Famicom extension port. On first appearances the Famicom port looks like your typical 15-pin D Sub connector but it's actually much deeper meaning though the width, hight and pin config of a 15-pin D Sub connector fits perfectly it wont reach any of this pins. 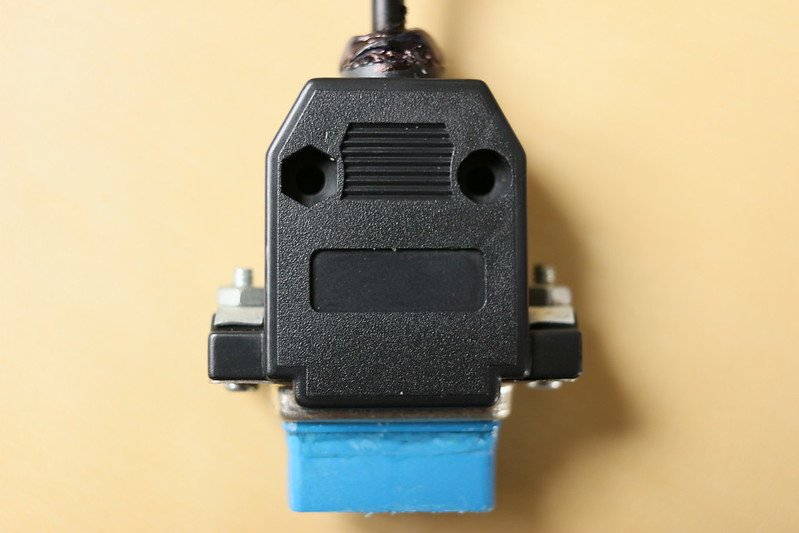 To get around this you can "reverse" a standard 15-pin D Sub connector which I found on eBay for £1.95. First you separate the two metal plates by filing down the punched holes that keep them held together. Then you can take the front part of the connector, carve off the plastic edge it has and glue it to the back part of the adaptor. I needed the long thread screws that typically hold the case together to attach the single metal plate to the case but it seems reasonable sturdy without them. Finally, my case was intended to clamp a much thicker cable so I had to stop the cable from moving with a little hot glue, tastefully coloured black afterwards. 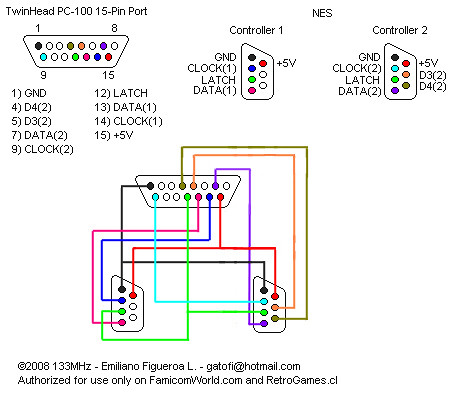 With the hard part out of the way you just need to solder up the connections. Thankfully someone has already done the work for us and produced a wiring diagram which I found at Famicom World. As indicated in the diagram it's also possible to build one of these that will support two NES controllers. 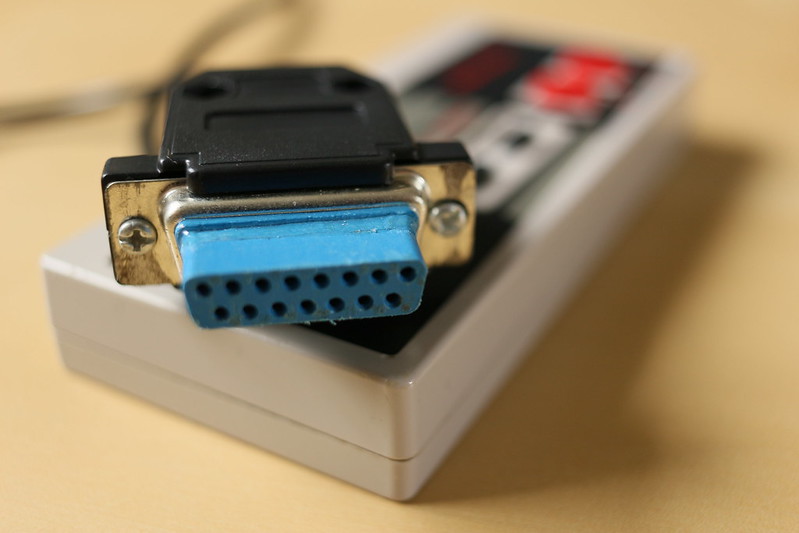 It's worth mentioning that not all games work with this setup as not all games allow you to control them with an external controller (though I have only found a handful that don't, perhaps the most memorable of which is Super Mario Bros. USA). For the games that do work this is a really neat solution for those of you who don't sit on the floor a foot away from your console when playing it.